'Drink pesticide, hurry': Chinese influencer, 25, dies after viewers egg her on in livestream

A livestream by a Chinese influencer came to a tragic end, when she died after drinking a bottle of pesticide after being egged on by viewers.

It all started on Oct 14, when the influencer from Hunan, China, known as Luo, uploaded a video on Douyin. She informed her 678,000 fans that it was "probably [her] last video", thanking them for their company and support.

According to reports from Chinese media, Luo shared with her fans that she had been struggling with depression for some time, and previously spent two months in the hospital undergoing treatment.

"My diagnosis is official, it's not fake. I may appear to be happy, but that's just [for the fans].

"I hope everyone will be happy when they see my videos and will see that I am happy too, [but] I can't hold on anymore," she said in the video.

The influencer added that she would reveal the reason during a livestream, and assured viewers that it was not a sponsored video. However, there was no indication that she had planned to take her own life.

During the livestream, some viewers noticed the bottle of pesticide next to her, and encouraged her to consume the liquid. They left comments such as: "Quickly drink it"; "Drink it if you want to"; "The bottle doesn't contain urine, right?" 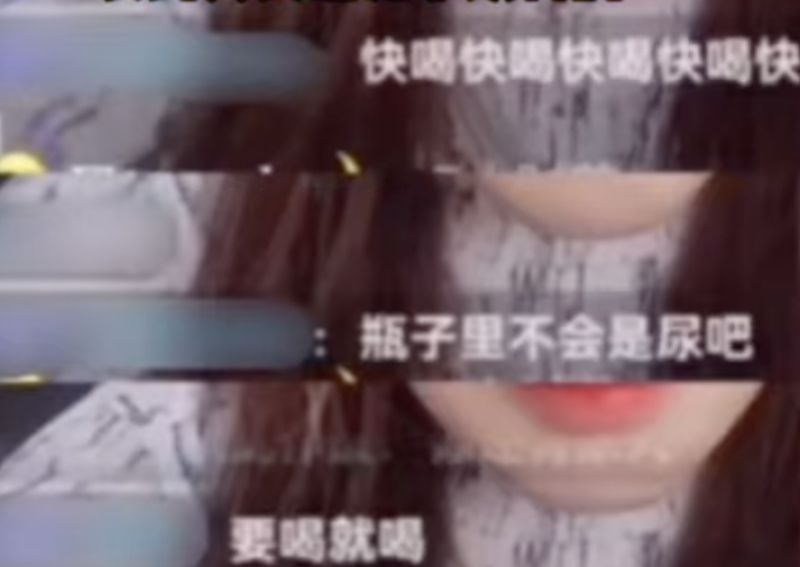 Pressured by their words, Luo downed the entire bottle of pesticide. Subsequently, she raised the empty bottle up to the camera, and told her viewers, "I've finished it."

Towards the end of the livestream, she appeared to be experiencing some form of discomfort, as she clutched her neck.

Luo was eventually taken to the hospital, but doctors were unable to save her due to the severity of the poisoning. The influencer died the following day.

A netizen, who claims to be Luo's close friend, said that the livestream was only to attract her ex-boyfriend's attention, and that the pesticide was mixed with a beverage.

Unfortunately, the incident ended in tragedy because of the viewers who pressured her to drink it.

The friend also revealed that Luo's phone records show that she had called the police and an ambulance for help after the livestream — further indication that she did not mean to take her life.

In 2019, a Chinese vlogger also accidentally killed himself during a livestream after he consumed live insects and geckos, in a bid to attract more followers. His body was discovered when his girlfriend visited his apartment to check on him.