80 Years From Invention, China Is Struggling With Jet Engines

The jet engine has a long and storied history. Its development occurred spontaneously amongst several unrelated groups in the early 20th Century. Frank Whittle submitted a UK patent on a design in 1930, while Hans von Ohain begun exploring the field in Germany in 1935. Leading on from Ohain’s work, the first flight of a jet-powered aircraft was in August 27, 1939. By the end of World War II, a smattering of military jet aircraft had entered service, and the propeller was on the way out as far as high performance aviation is concerned.

With the invention of the jet engine so far in the past, one could be forgiven for thinking that the technology has long been mastered around the world. However, recent reports show that’s not the case. China is a great example, facing issues with the development of jet engines for their indigenous military aircraft. 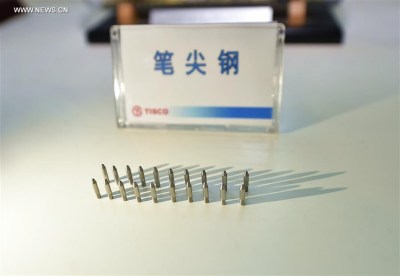 In the age of the Internet and open source, technology moves swiftly around the world. In the consumer space, companies are eager to sell their product to as many customers as possible, shipping their latest wares worldwide lest their competitors do so first. In the case of products more reliant on infrastructure, we see a slower roll out. Hydrogen-powered cars are only available in select regions, while services like media streaming can take time to solve legal issues around rights to exhibit material in different countries. In these cases, we often see a lag of 5-10 years at most, assuming the technology survives to maturity.

In most cases, if there’s a market for a technology, there’ll be someone standing in line to sell it. However, some can prove more tricky than others. The ballpoint pen is one example of a technology that most of us would consider quaint to the point of mediocrity. However, despite producing over 80% of the world’s ballpoint pens, China was unable to produce the entire pen domestically. Chinese manufactured ballpoint tips performed poorly, with scratchy writing as the result. This attracted the notice of government officials, which resulted in a push to improve the indigenous ballpoint technology. In 2017, they succeeded, producing high-quality ballpoint pens for the first time.

The secrets to creating just the right steel, and manipulating it into a smooth rolling ball just right for writing, were complex and manifold. The Japanese, German, and Swiss companies that supplied China with ballpoint tips made a healthy profit from the trade. Sharing the inside knowledge on how it’s done would only seek to destroy their own business. Thus, China had to go it alone, taking 5 years to solve the problem.

There was little drive for pen manufacturers to improve their product; the Chinese consumer was more focused on price than quality. Once the government made it a point of national pride, things shifted. For jet engines, however, it’s somewhat of a different story.

You Can’t Get These Anywhere Else 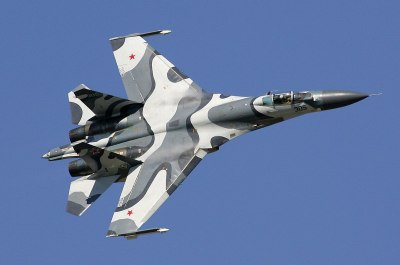 In recent decades, China has aligned itself closely with Russia for major military acquisitions. Over the years, it has acquired military aircraft like the Sukhoi Su-27 for the People’s Liberation Army Air Force, following the nations growing closer after the fall of the Soviet Union.China has also pursued its own fighter development programs, spawning aircraft like the J-10 and JF-17 over the years. While China appear to have had little problem with aerodynamic and avionics development, reliable, world-class jet engines have thus far eluded them.

Attempts to power Chinese aircraft designs have been hamstrung by Russia’s reticence to sell fighter engines directly, preferring to sell entire aircraft instead. The relationship has been further strained over the year’s by China’s efforts to reverse engineer foreign designs. After signing a deal to produce 200 Su-27 aircraft locally, China stopped the production line after just 100 units. Electing to learn from and change the design, the subsequent J-11 ruffled feathers as an unlicenced copy.

Similar efforts were made to accelerate development of jet engines, by copying engines from overseas manufacturers. Reports suggest the CFM-56, purchased from the United States in the 1980s, may have been the starting point for the WS-10 design. Despite having access to the hardware, progress has been slow. A lack of human capital, insider knowledge, and production hardware and materials can make duplicating a complex design difficult to impossible. Early revisions of the resulting WS-10 engine have fallen well short of design goals which aimed to match the Su-27’s AL-31 engine on thrust output and reliability. Overhauls were required every 30 hours, versus 400 hours for the Russian benchmark. Anecdotal evidence suggests the WS-10 also takes longer to produce thrust. 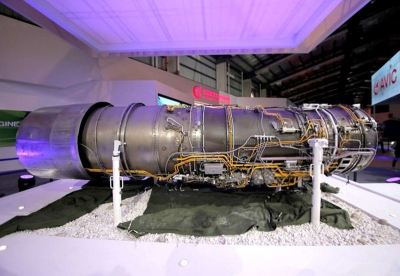 The troubled Liming WS-10 jet engine. Thus far, the engine has struggled to meet the benchmark set by the Saturn AF-31 sold by Russia. Source: GlobalSecurity.org

The problems lie largely in materials and machining. Jet engine components must withstand huge temperatures and pressures, while spinning at high RPM for hours on end. Factors like thermal cycling and crack propagation must be considered for the materials used, lest the engine destroy itself before time. Reliability is as important as performance, as all the thrust in the world is useless if the aircraft needs an engine replacement after every flight. The keys to producing the raw materials, as well as creating the high-tolerance final parts, are closely guarded national secrets. Spy photos are easy to take at airshows, and blueprints can be readily stolen – often as simply as searching for CAD files and sending them home. Data on metallurgy and materials and production processes can be harder to lay one’s hands on.

After 25 years spent trying to build a competitive fighter jet engine, China is still struggling to match the performance of a design with roots in the 1970s. Initial production models of China’s latest J-20 stealth fighter used the upgraded WS-10B, but production models appear to still rely on Russian Saturn AL-31 engines. The Chinese-produced WS-15 is slated to enter service within a few years, but until then, the J-20 will be at a thrust deficit to its rivals. In fighter combat, where energy is everything, this is a serious drawback that China will be eager to fix. Worse, until the higher-thrust WS-15 engines reach maturity, the J-20 is also unable to supercruise, meaning it must use afterburner to reach supersonic speeds. China’s premier air superiority fighter will struggle to keep up with its 5th generation contemporaries until the situation is rectified.

As long as there’s money to be made in providing high-quality parts that are difficult to reproduce, it’s unlikely China will be able to buy the information it needs. Instead, it will have to go the hard way, as it did with ballpoint pens. Years of expensive research and indigenous technological development will be required, to replicate something achieved by others 30 years hence. In the military world, as in the corporate one, that’s simply the price of doing business.